The Chicago Department of Transportation selected MUSE Community + Design to lead its Vision Zero Chicago work on the city’s West Side in the neighborhoods of Austin, East & West Garfield Park, and North Lawndale. The MUSE team has also been leading quarterly MBAC & MPAC meetings, as well as quarterly roundtables to help the city realize its commitment of eliminating traffic-related deaths and serious injuries by 2026.

Interactive Community Outreach: MUSE employed its team to partner with community groups on a series of neighborhood events to bring the Vision Zero message to the West Side. Our team developed several interactive outreach activities to make traffic safety fun and engaging. Surveys were distributed to gauge opinions and residents were invited to use temporary spray-chalk to color in the installation for additional impact.

Piloting Tactical Urbanism: The MUSE advocated that a high-risk intersection identified by residents have a “paint-and-post” intervention installed by CDOT, where paint and bollards were installed to test how it would be received. The temporary intervention will, ideally, be followed by more permanent improvements to aid pedestrians and cyclists at this critical intersection. 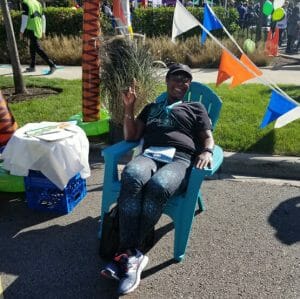 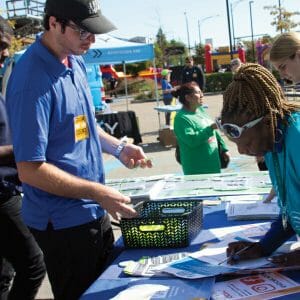 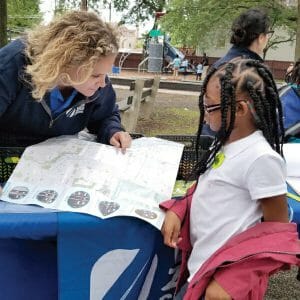 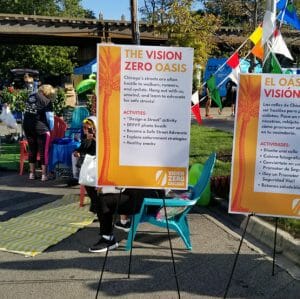 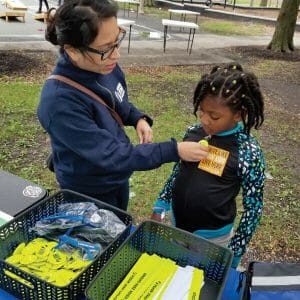 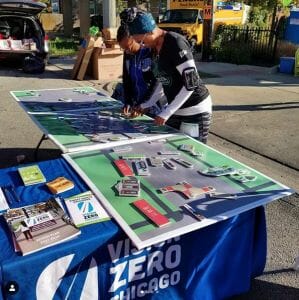